Benzema was impressive as Real Madrid secured their record-extending 14th European Cup following a 1-0 victory over Liverpool in Paris.

Vinicius scored the winning goal for Carlo Ancelloti’s side at the Stade de France.

And Henry, a former Barcelona striker, feels like there is no point in casting votes for this year’s Ballon d’Or and should instead just be awarded to Benzema.

Speaking on CBS Sports, Henry was quoted as saying the following: “I just wanted to say something to France or whoever is voting [on the Ballon d’Or]. Close the votes. Benzema won it. Bye.” 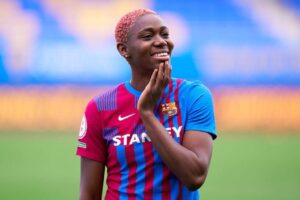