The Leader of Pan-Yoruba sociopolitical group, Afenifere, Pa Ayo Adebanjo has declared his support for the Presidential Candidate of Labour Party, Peter Gregory Obi in the forthcoming presidential election. Pa Adebanjo who spoke on Yoruba Gbode, an online radio program said Peter Obi has the ability to rule as an independent person, adding that he lost confidence in Bola Ahmed Tinubu, the Presidential Candidate of the All Progressive Congress.

Speaking on why he lost confidence in Tinubu, Pa Ayo Adebanjo said he (Tinubu) sold Buhari to Nigerians in 2015 for his own selfish interest so he can take over from him by the time Buhari completes his tenure in office. 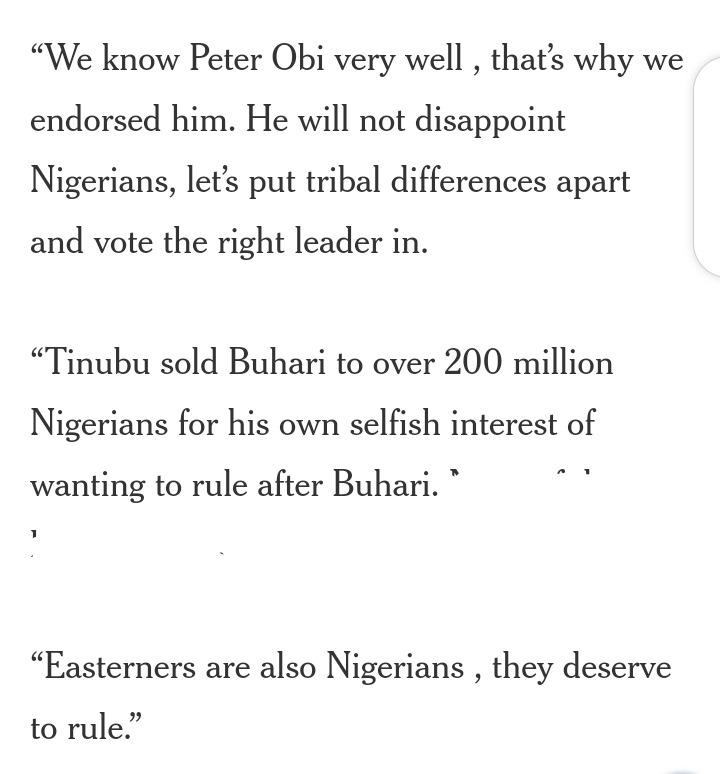 Pa Adebanjo said other regions in Nigeria should trust southeast with power, adding that the region deserves to produce the next president in 2023. Speaking on why he decided to support Peter Obi, he said they know him and they are sure he won’t disappoint Nigerians.

He urged Nigerians to put tribal differences aside and vote the right leader in.

Gani Fawehinmi Will Be Disappointed In Festus Keyamo – PDP Chieftain