Tinubu is from the South West while his vice is from North East. Also both of them are Muslims. Thus the Senate Presidency has to come from either the South East or South South and has to be a Christian.

In the South East, the major contender is Orji Uzor Kalu (Abia North). Even though he did not support Tinubu during the APC primaries, he has been very vocal in his support for Tinubu. So I wouldn’t be surprised if Tinubu would lobby for Orji Uzor Kalu to become the Senate President. Also I believe Kalu is a Christian and he a majority leader (Chief Whip) in the Senate, these are his strong points. However Kalu has to win his re-election into the Senate first. He has a major challenger from PDP, Mao Ohaobunwa. So I guess, Kalu’s focus should be to win the Senate election first. He defeated Ohaobunwa in the last election, perhaps he can do it again. Another possible stumbling block to Kalu is Osita B. Izunaso (APC, Imo West). That Izunaso guy is an underdog who should not be overlooked. He was the one who singlehandedly retired Arthur Nzeribe from the Senate, so he could pose a stumbling block to Kalu’s bid if he is also interested in being the 2023 Senate President.

In the South South, I’m going for Peter Nwaoboshi (Delta North). He is a 2 term senator and is a Christian as well. However he has to win Ned Nwoko of the PDP first before his dream of becoming a Senate President can be realised. Another contender, albeit a lightweight one, is Biobarakuma Degi (Bayelsa East).

For the Speaker House of Representative, I would say either North Central or North West gets it, but I’m tilting towards North West because they will likely priduce more APC seats than the North Central. But the permutations on who would likely be a strong contender is very complex and beyond my scope.

See also  RE: Ogene What Has Osodieme Done to Deserve this Kind of Betrayal by You and Gwacham's Family?

So, in conclusion, I’ll say the major contenders for the Senate Presidency IF Tinubu wins are Orji Uzor Kalu, Osita Izunaso and Peter Nwaboshi.

Modification: I was also made to be aware that Godswill Akpabio (APC, Akwa Ibom North West) is another strong contender. I know he has some legal hurdles to surmount. If that’s solved, I’ll say he also is a strong contender alongside Orji Uzor Kalu. 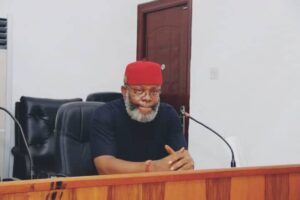 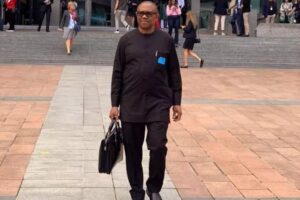 An Open Letter To Peter Obi